Things to do in La Geria 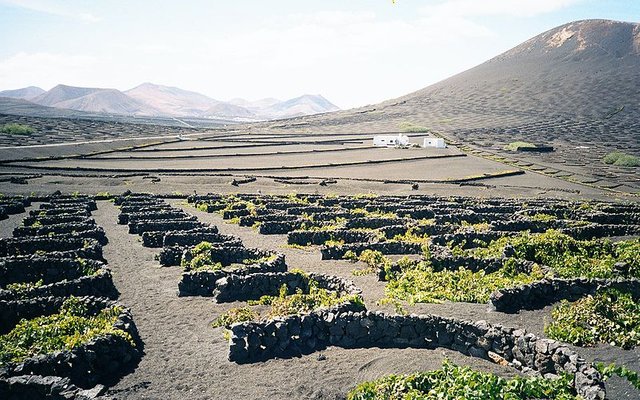 The area was protected by Law 12/1987, of June 19, on the Declaration of Natural Spaces of the Canary Islands as La Geria Natural Park and reclassified by Law 12/1994, of December 19, on Natural Spaces of the Canary Islands. In addition, it has been declared a special protection area for birds ( ZEPA ). It also includes the natural monument of the Cueva de los Naturalistas, a large natural volcanic tube.

It is bordered to the west by the Los Volcanes Natural Park , which surrounds the Timanfaya National Park .

Places to stay in La Geria

Tirnanog is a beautiful and extremely well maintained accommodation. 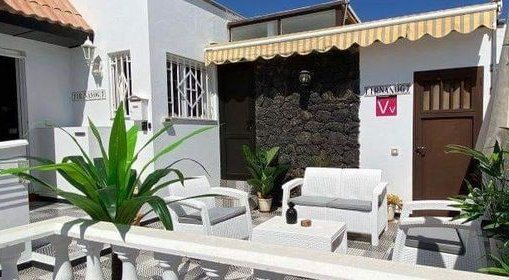 Tirnanog is a beautiful and extremely well maintained accommodation.

It boasts a Luxurious Villa that sleeps up to 6, with 3 bedrooms (2 double beds and 2 singles) and 2 bathrooms.

Adjoining is Apartment Tirnanog. Which has 2 double beds and a sofa bed. This also has 2 bathrooms. There is an adjoining door to make it into one accommodation.

They can be let individual or together, so being capable of accommodating from 2 to 12 persons.

Outside there is a new front patio area with furniture. Also off street parking.

To the rear is a huge pool area with heated pool and enough sunbeds for all. Hot tub. Pool table. BBQ area with large table and chairs. Plus a comfy seating area too.

This is a NO SMOKING accommodation but ashtrays are provided out doors.

Check in after 3pm.

Check out before 10am